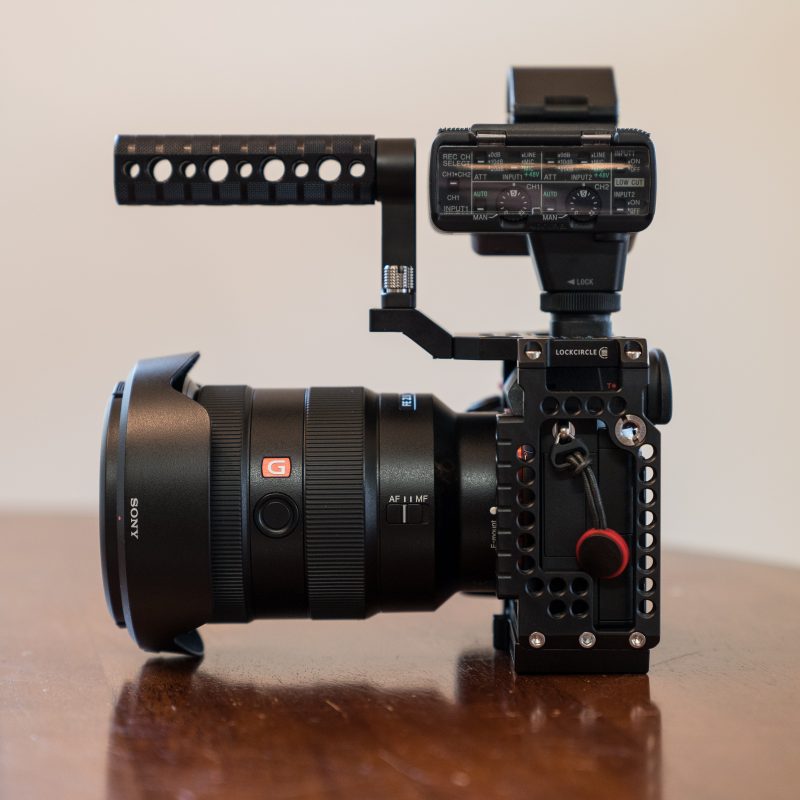 It’s been about a year since I made the switch from all Canon L glass to all Sony glass, so I thought today would be a great day to share my experience. I hope this can help Sony shooters out there who are wondering if Sony native lenses are the way to go.

I want to start by saying that I loved my Canon lenses. They produced great images, had unbeatable image stabilization, were super easy to manual focus with thanks to their gear driven focus systems and they could be used on almost any camera system out there thanks to their widespread adaptability. With all of that going for them, why did I make the switch?

For me, it was all about the autofocus. I have been a Sony shooter for eight years now, so I have been adapting Canon glass for quite some time. The adapters have gotten really good, but the autofocus for video with adapted lenses sucks. If you’re wanting usable video autofocus, you have to go native. It’s really the only way.

Although I focus manually for roughly 85% of everything I do, having the ability to use autofocus does help out on several types of shots. When I’m using a remote controlled slider, a gimbal, a jib arm or a car mount with a camera mounted to a windshield, I want autofocus available to help me out. I didn’t get that with my Canon lenses, so I was always in a bad spot when it came to those types of shots. Then, when you throw in the fact that I often shoot multi-cam interviews and vlogs, having autofocus on the cameras I can’t monitor is a godsend. Ultimately, this is what drove me to make the switch.

Since I’ve made the switch, I cannot even begin to count the number of times autofocus has bailed me out. It’s helped me get shots that I otherwise would’ve needed a wireless follow focus system for. It’s also helped me shoot multi-cam interviews without needing to hire a second or third shooter. It’s actually saved me money over the past year, so to me, autofocus alone is worth everything it cost me to switch to Sony.

My autofocus for photography has also improved dramatically as well. In addition, I no longer have to fool with adapters which, while much better today than they were a few years ago, still fail from time to time. Plus, when you work with native lenses, every feature and setting your camera offers works completely. That is a great attribute to have.

But, as with all things in life, nothing is perfect, and this is definitely the case with Sony lenses. First off, they are much harder to manual focus with. Since I do manual focus the vast majority of my shots, this problem is real. By design, Sony E-mount lenses are focus-by-wire which means that they use electronics, not gears to focus the glass manually. The problem with this design is that the focus isn’t consistent. With Canon, turning a lens an inch moves the focus distance the same length every time. With Sony, it all depends on how fast you rotate the focus ring. An inch with Sony lenses can focus 1 ft or 10 ft, all depending on how fast you rotate the ring. This makes manual focusing inconsistent which makes pulling focus on shots harder than it needs to be.

Image stabilization on the Sony lenses is good when handholding a camera, but when you put a long lens on a tripod and use IS to help stabilize your shots, it doesn’t really work. Professionals will often tell you to turn IS off when using a tripod for video, however it has been my experience that there are many cases where it helps tremendously. For whatever reason, though, the IS on Sony glass has to be “woken up” by shaking the camera violently on the tripod which renders the IS virtually unusable. For me, this is a big deal because Canon’s IS always took out micro shakes that I would get when running a long lens, even on my very good Sachtler tripod. With Sony, this essentially no longer works.

With Sony lenses you also don’t get to use speed boosters which was a neat trick to have when running a camera like the FS7 or FS5. Speed boosters give your lenses an extra stop of light and a wider field of view, essentially giving your APS-C crop camera a full frame look. Since you are no longer adapting your lenses when you shoot native, you don’t get to have access to that trick anymore, so you need to keep that in mind before you make the jump.

Sony E-mount lenses also can’t be used with any other camera brand out there with the exception of Kinefinity which isn’t quite a mature camera brand yet. Plus, with Kinefinity cameras you do not have electronic control of your Sony E-mount lenses, so it really only works with fully manual lenses. This means that if you’re a professional shooter who is thinking about making the jump to Sony lenses, you must understand that you are essentially locked in with Sony for life, or at least until another camera company starts offering E-mount cameras that work electronically, or unless you’re willing to switch back again in the future.

Another issue with Sony lenses is their 18-110 Cine Servo Zoom lens. It’s a great lens and I’m glad I have it, but when I was shooting with Canon, I had their phenomenal 18-80 Cine Servo Zoom lens and, while it was adapted and had a shorter range, I actually preferred that lens. The reason is because of the bolt-on grip they sell for it. With that grip bolted to the 18-80 lens, when I put it on my FS7, it made that camera system a dream to run. It was comfortable, had a servo zoom, had a great range, had very good IS, had great optics, had a great manual focus system and had all the qualities you would expect from a professional cine lens.

With the Sony 18-110 you do get a lot of that, plus a larger zoom range and autofocus, but Sony doesn’t make a bolt-on grip for their lens like Canon does, so you’re stuck with using the FS7’s handgrip. This isn’t the end of the world, but the reality is that the Sony FS7’s handgrip with this lens isn’t anywhere near as comfortable to use as the FS7 is with the Canon 18-80. The FS7 and 18-80 was a combo I could run for hours on in, but the FS7 and 18-110 is a package that I have to set down from time to time thanks to fatigue. So if you’re an ENG shooter who wants a great cine servo zoom lens like this, that’s something to keep in mind.

The last problem with switching is the cost. I was able to sell all of my Canon lenses to contribute to the switch, but since I was selling used lenses, I still had to come up with several thousand dollars to make the whole thing happen. This is something you really should think about before you jump to all native Sony lenses.

So after reading this blog, you’re probably thinking that their are more cons than pros, so maybe you shouldn’t make the switch. That’s a very real possibility and is something you should definitely consider. Adapting isn’t fun, but doing so does have its benefits. You get better manual focus, better image stabilization, the ability to use speed boosters, the ability to use almost any camera out there, you save money and you have the ability to work with Canon’s great 18-80 Cine Servo Zoom lens.

With Sony, you have to give all of that up, but you get access to some great features that are hard to argue with. Sony’s lenses are just as good optically as Canon’s are, and they aren’t too dissimilar in price. You get outstanding video and photo autofocus (camera dependent of course) and all of Sony’s great features work like they should. You also gain reliability by taking out the risks that come with using adapters.

So what should you do? That’s the point of reading this article, right? I think it really all depends. If you’re a part of a big production crew who uses a variety of cameras and who has the ability to put different people behind each camera when shooting multi-cam shoots, then I think you’re probably best off staying with Canon. If you’re like me and you often work independently, hiring subcontractors when you do need help and you run all Sony cameras for your projects, then I do think it’s worth the switch. I miss all of the great features that Canon’s lenses offer, but the autofocus is too good to pass up on. It literally has changed how I work.

I hope this blog has provided insight from someone who has worked with both lens mounts extensively. If you have any additional questions about my journey to the dark side, feel free to email me directly at josh@rusticriver.media. You can also follow my Facebook page at Rustic River Media or my Instagram at rustic_river_media and be sure to join my new Facebook group, Filming with Josh to learn more about filming and photography. Thanks for taking the time to read my blog and I’ll see you all next time!