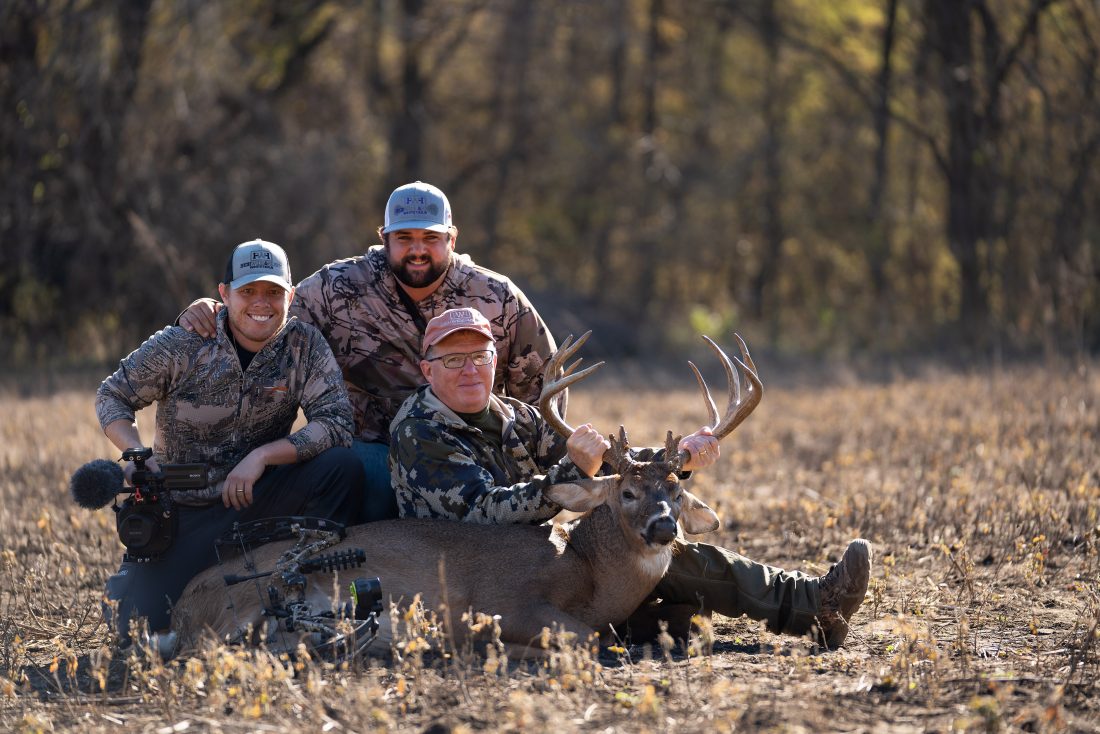 Over the past decade I’ve learned a lot about what hunters like to see in hunting related videos. From short films to TV shows, to outfitter marketing videos and product advertisements, these observations I’ve noted apply to pretty much any hunting related video there is.

1. Keep it short and sweet unless it’s a full length film with an incredible story. If the story aspect isn’t there, then don’t force it to be longer. Nobody has the attention for cool shots that don’t have a story. Nearly every hunter wants to watch something that is short and to the point unless the story, if it’s a story you’re telling, is incredible.

2. Show kill shots. As much as I like to show hunts without necessarily showing kill shots (just a personal thing), I’m in the minority. Pretty much every hunter wants to see the kill shot. In fact, it often appears to me that kill shots are the only reason many hunters watch hunting related videos. If you’re wanting to appeal to a broader audience and not directly show the kill shot, then find a creative way to show it that’s tasteful, like the scoped kill shot from my Woody River film.

3. Slow down on the slow motion. Unless it’s contributing to the story somehow, don’t overdo slow motion shots. Every hunter likes slow motion. They all do. It’s like cocaine to them. But as much as they love slow motion, slow motion slows down a story which goes back to point number 1, being short and sweet and to the point. So feel free to give the audience what they want, which is kill shots and slow motion, but don’t overdo it as you need to keep the pace up and the story going. Use slow motion as a tool, not a crutch.

4. Have a ton of in-field dialogue. I personally like to use voiceovers to drive a lot of my work, but voiceovers shouldn’t be without in-field dialogue unless it’s a special project that’s going for something like a Nat-Geo feel. Same goes for interviews. Both interviews and voiceovers work for hunting related videos, but they need to be accompanied with a lot of in-field dialogue. What you capture in the field is the meat of your story. If you have great in-the-moment audio supported by shots that show what the audio is discussing, then you’re well on your way to having a more interesting video.

5. If you want to tell a captivating story, then you need interesting topics. Tying in history, education or drama (real, not fake) are all great ways to bring your story to life. There are literally thousands of hunting related videos out there and the chances are if you’ve seen one deer hunt, you’ve seen them all. Strive to give your audience something different. You can have a captivating hunting video that people will be interested in even if it’s a species that’s been hunted on camera a lot, just make it your number one goal to find a good angle. Don’t just show a hunt. Give the hunt a unique story.

6. Know your audience. People who hunt only North American game usually won’t care about an Asian or African hunt. They typically want to watch hunts that they can relate to. Likewise, someone who loves to hunt out-of-country will likely be very interested in an out-of-country hunting film. Take the time to recognize your audience so that your video can be catered to and seen by people who will actually appreciate it.

7. This one may catch some flack, but it’s true nonetheless. Try your best to avoid high-fence stories. Whether you care for game ranches or not, one thing stands true and that’s that the majority of people don’t care about a canned hunting video unless it’s a promotional video for a ranch. People have a tendency to roll their eyes at a 300″ deer, and I’m saying this as someone who’s made plenty of high-fence videos. Trust me, if you want to tell a story that won’t get shredded by your audience, then try not to produce one on a fenced game ranch. Period.

9. Have a moment of silence. Have you ever watched Donnie Vincent’s The River’s Divide? In the moments leading up to his fatal shot on Steve, the post production team elected to stop the music. Instead, they used the natural sounds of the environment, like the wind, deer walking through the tall grass, birds in the background, Donnie’s shaky breaths, etc., to carry the moment. This was a powerful move that truly brought the audience into the blind. Music is great, but don’t let it replace the moment.

10. Pick the right tool for the job. Hunters who film hunting related videos, whether that be short films, television shows, promotional videos, etc., have a tendency to flock to full frame DSLR or mirrorless cameras because of the depth of field they provide. While full frame cameras can create beautiful images and are typically good in lowlight, that doesn’t always make them the right tool for the job. Hunters who self-film are usually better off with a lightweight video camera like the Sony PXW-Z90V with built-in NDs, built-in audio inputs and a built-in lens with a large zoom range. Remember, content is king and while full frame cameras look great, they don’t matter if you miss the shot or even decide to leave the camera at home because you don’t feel like fooling with it.

A great example of this is in Jim Shockey’s show Uncharted where he often used a little Handycam to film himself while he was out exploring remote parts of the world. His son, Branlin, was using a RED to film the majority of the show, but that didn’t stop Jim from using a camcorder to document the journey from his point of view. It cut great with the final production and really brought the whole project together. Just remember to try to always pick the right tool for the job when preparing to film a hunt.