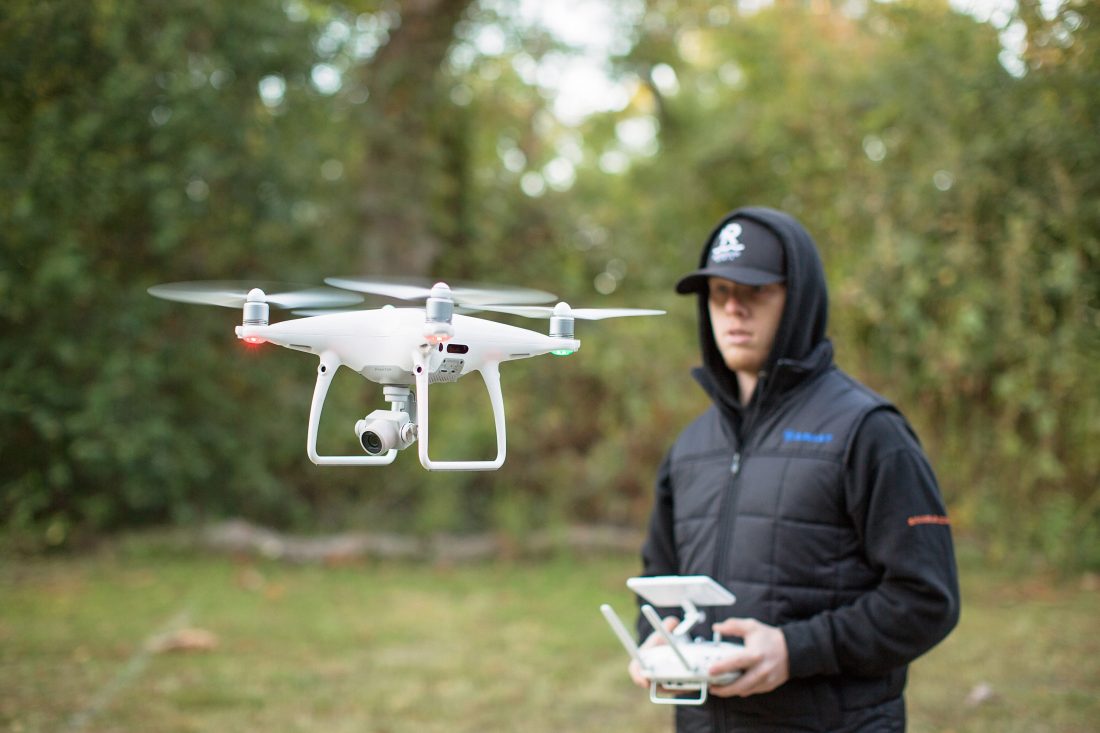 Do You Need a Drone License and If So, How Do you Get One?

Alright ladies and gents, do you or don’t you need a drone license and if so, how do you get one? Let me answer those two questions for you!

With 2020 coming around the corner, I want to help make sure you guys are flying legal. The truth is that if you fly drones for commercial use, whether directly or indirectly, you HAVE to have a remote pilots license by the FAA. What defines commercial use? I’m glad you asked!

If you get paid directly for drone flights, that is defined as commercial use. This means if someone is hiring you to fly your drone, even for a crisp $1.00 bill, you are now a paid pilot. This is the most obvious definition of flying commercially and is what most people think of when they decide whether or not they need a license to fly.

What most people fail to realize though is how you are still considered a commercial pilot when getting paid indirectly. Indirect commercial flights are when someone is paying you for something other than for flying a drone, but you are still using a drone as part of the process.

For example, let’s say someone hires you to make a promotional video for a small business and they pay you $3,000 for a 60 second video which includes your filming, editing and expenses. You show up and film an interview with the owner and get some interesting shots to cut with the interview and one of your shots is an aerial shot. At that point they aren’t directly paying you to fly your drone, but you are still using it for part of a project in which you are getting paid for. The same goes for wedding videos, real estate photographs/videos, corporate videos, and more.

Yet another example of commercial use would be people who use drones to promote themselves or their own businesses. If you are using a drone to showcase your roofing work, your own real estate listings, your video production reel, your pecan orchard, etc., you are using your drone for commercial use and have to have a drone license.

It has come to my attention that an incredible amount of people misunderstand what qualifies drone usage as commercial and that’s why countless individuals who own a drone are flying illegally. In fact, I’d be willing to bet that the majority of people reading this article are flying illegally, and that’s exactly why I made this blog. If you operate a drone of any shape or size and are using it for commercial usage in any way, shape or form, you are required by law to have a Part 107 Remote Pilots License.

Now that we’ve gotten that out of the way, let’s talk about why it’s important that you do follow this law. Number one is just ethically doing the right thing. It’s your responsibility as an American citizen to follow the law, so do so!

The second reason is that you don’t want to get caught without it. Let’s say you’re flying your drone without a license for some quick real estate photo shoots for a local real estate agent and a nearby competing agent called you wanting to hire you as well, but asked if you had your license. If you say that you don’t, that agent might then be inclined to play dirty and turn you and his competitor in to help him get ahead. If you think that sounds far fetched, you’d be shocked to know that actually happens quite often.

The fine for a pilot who is unlicensed is $1,100 per occurrence/flight where imagery is used commercially while the fine for a real estate agent who hires an unlicensed pilot is $11,000. That’s a huge fine! And the fines don’t stop there. If you get caught flying without a license for other types of work, the penalties can be even stiffer, not to mention the person who hires you might try to sue you if they get busted for you not operating legally. You might could argue that he/she never asked, but do you want to go down that road? I know I don’t.

The third reason is you can actually get work that others won’t get. I used to think having to have a commercial license wasn’t fair when everybody else could fly for fun without one, but I eventually realized it was a blessing as it gave me a competitive edge. I’ve had several companies who have called to hire me for video/photo work and asked if I had my drone license. If I were to say no, I’d almost certainly not get the job. Having my license has helped me secure those jobs over other people/production companies whose employees weren’t licensed.

Lastly, a drone license will help you land film permits when needed from entities like the BLM who ask for a copy of your license. If you didn’t have your license when applying, you’d get denied those permits (if you were planning to shoot aerials) and would then have to explain to your client why you were the reason you both got denied. That wouldn’t be fun!

So now that you know why you have to have your Part 107 license, let’s discuss how to get it. To become licensed you will have to schedule a two hour aeronautical knowledge exam for $150 at your local airport where you will have to sit behind a computer and answer approximately 60 questions that cover everything from how to read aeronautical maps (sectional charts) to how to decipher METAR weather reports as well as what the laws for legal drone flights are and more. The test isn’t all that bad, but you will need to study for it. I have a friend that failed his test an hour before I took mine, so while it isn’t all that hard, it does require you to learn.

After you pass the test, you will then have to pass a background check and will have to register with the FAA as a pilot. Once you’ve passed all of that, you will get a temporary license until your physical one comes in the mail. You also will have to register your drone(s) with the FAA if they weigh .55 lbs or more, which most do. You will also have to label your drone with its registration number so that it’s visible from the outside. Drone registration costs $5 per aircraft and is valid for 3 years.

Once licensed you will then be good to go! Your license will last for two years before you’re required to go back and take a follow-up exam, but that exam is only 40 questions long and usually covers mainly rules and regulations to make sure you are up to date on everything.

For more information on how to obtain your drone license as well as how to study for the exam, I suggest following Tony Northrup’s study guide and watching his 1 hr 45 min video multiple times that covers most of what you’ll need to know. I also suggest taking one or more of the practice exams in his study guide as they helped me successfully pass my test.

And that’s about it! Getting your license isn’t all that bad and it will not only allow you fly legally, but will also give you a competitive edge. Don’t wait around in hopes that drone laws will relax and go away, because they are only going to get tougher, so go ahead and get your license today so you can be ahead of the game and away from the any potential fines, or worse.

For more information, feel free to email me at josh@rusticriver.media and to join my Facebook group Filming with Josh where I discuss tips, tricks and how to make flicks. See ya there!