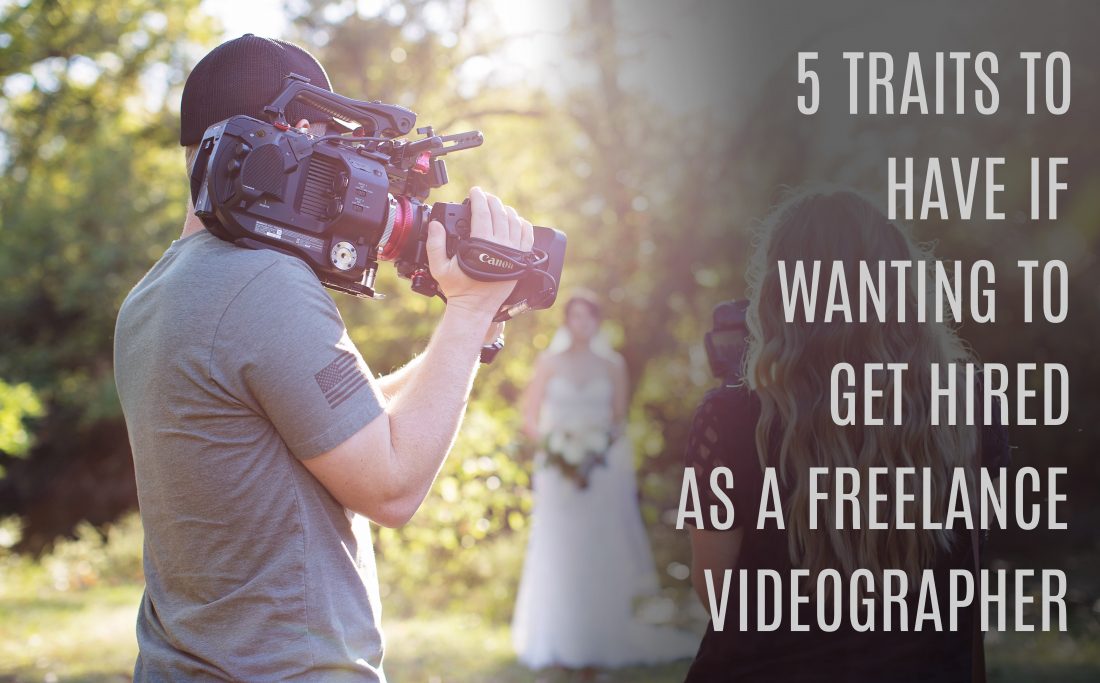 How to Get Hired as a Freelancer

I got a great question today from a guy who asked what I look for in a second shooter. I think that’s a fantastic question and one I’d love to answer openly as I firmly believe that other people like myself who hire shooters when needed will also look for similar traits. So, if you’re wanting to get hired as a freelancer in the video world by production companies such as mine, take a look at this list!

1) The first thing I look for in a second shooter is if he or she knows how to edit. The individuals I hire must be proficient editors, no exceptions. I believe the best shooters are editors, hands down, because they know what they need to do in the field in order to bring home the best material possible for post. If you can’t edit, you are instantly out.

2) The second thing I look for is an understanding of storyboarding. The best shooters are those who know that slow motion, gimbal shots, sliding shots, aerial shots and cool looking “B-roll” are nothing more than footage used to support a story, NOT to tell the story. Too many shooters don’t understand what kind of content they should get in order to support the script, voiceover, or interviews that have been created, so instead of planning out supporting shots, they rather go out and capture cool looking B-roll so that they can fill their timelines with “fire content” (I hate that term by the way). In reality, that is nothing but a crutch.

To me, cool doesn’t matter if it doesn’t actually do anything to support the video. Therefore, I want guys who can look at a script I’ve written and say, “Ok, I need to get this shot to show off X and this other shot to show off Y and those two shots will flow with this third shot to demonstrate Z. Knowing how to edit and how to tell a story using a camera rather than relying on slow motion or gimbal/slider/drone shots to look “cool” are the two most important things I look at in an individual.

3) The third thing I look at is professionalism. I need people with a good work ethic, who are punctual and who have a clean mouth. I will not hire someone who drops F-bombs every other sentence. If I’m going to bring you around my clients who I’ve worked really hard to get, then I need you to be just as professional as me. So if we meet and your language foul, you’re out. The same goes if you’re late. My job is spent chasing light, so we only have certain windows to take advantage of the best light possible. I’m not going to miss great lighting opportunities because you’re not on time, so if you’re late, you’re gone. Video jobs, especially the good ones, are very hard to get, so I can’t risk losing a client over someone not being punctual, not putting in the work and/or someone saying foul things around my customers.

4) The fourth thing I look for is how teachable someone is. Is this person going to take my direction and are they willing to learn, or are they set in their ways, arrogant, and not willing to work under my direction? I want my shooters to offer their insight and give direction themselves as I want us to work together as a team, but if said person isn’t also teachable, then I don’t want them!

5) The fifth and final thing I look for in a freelancer is how fun they are to be around. This may sound silly, but if I’m going to be working on a job with you, I want us to have fun! Video production, especially when dealing with bigger budgets, can be very stressful, but I got into this field because I love it. So, if we’re going to be working on a project together, let’s have a good time and work through the problems we’ll undoubtably face and do our best to be positive along the way. I’ve hired a couple of the same guys a lot over the past couple of years simply because I love having them around, so be that guy!

And that’s about it! You don’t have to be Steven Spielberg to work for me or most anyone in the video industry and you don’t have to know everything. I along with other producers are happy to teach along the way, especially if we feel like we’re investing in someone who’s going to be a great asset for us in the future. But, we need to work with people who are professional, who can take direction, who know how to edit well, who know how to tell a story without using crutches, and who are fun to be around. If you can make it your goal to have these five traits, you just might get hired and hired a lot!