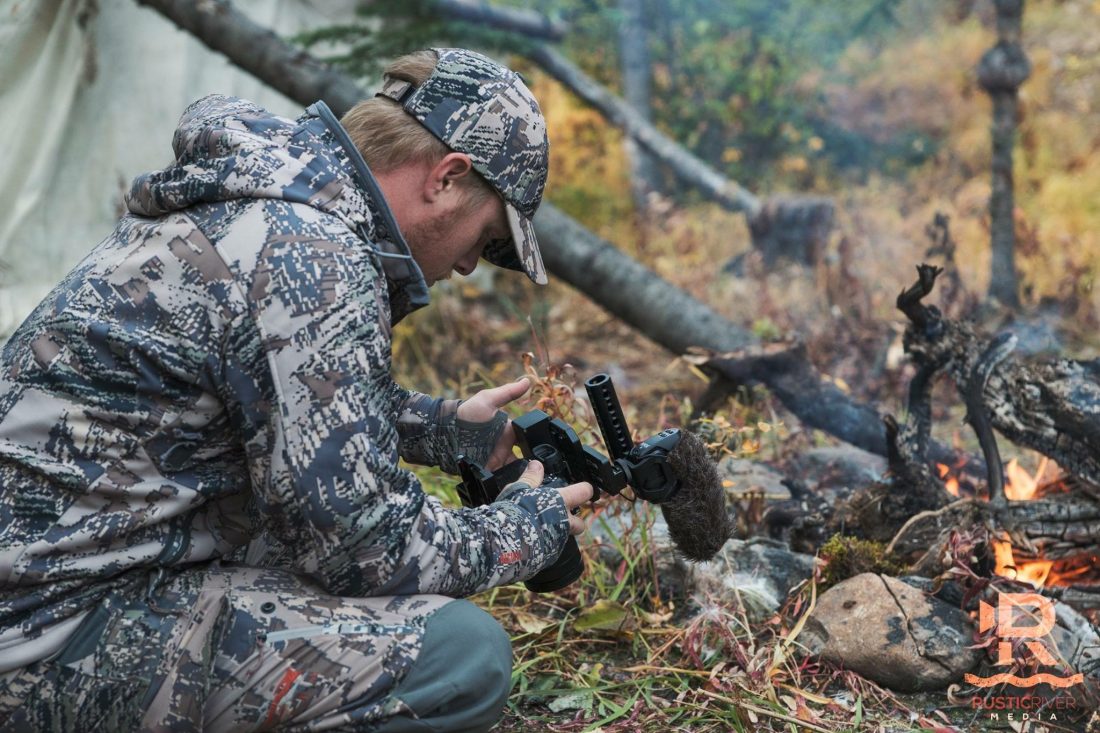 Anyone who knows me would likely think I would be the last person to write an article on how to be a minimalist filmmaker. I say this because I don’t hide the fact that I’ve got a lot of film gear.

After six years of full time video production, you’re going to collect a lot of stuff. Gimbals, motorized sliders, jibs, tons of lights, mics out your ears, a lot of lenses, etc. I mean let’s face it, the video industry is driven by gear heads who love to add “the next best thing” to their arsenal. I’m not here to say that’s not ok, and Lord knows I’m the last one who has the right to bash gear junkies. But what I want to do today is describe to you the importance of learning how to be a minimalist and how that can change your film game for the better. 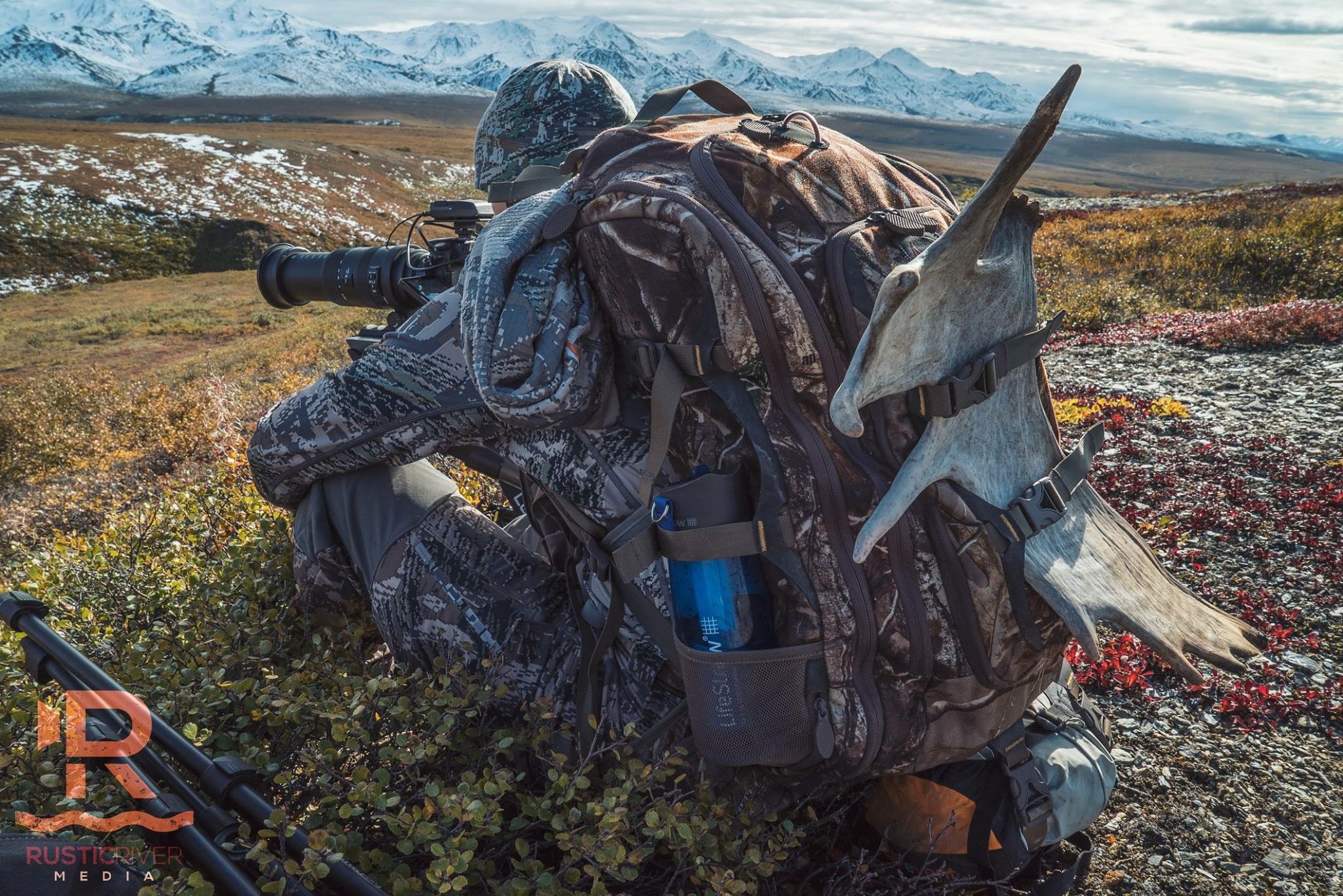 I teach private one-on-one lessons to people who want to learn how to advance their skillset. I don’t advertise it much because even though these are paid classes, I really only do it because I love it. Almost every time someone comes to take these lessons, they always end up asking me what gear they should add to their kit next. It’s funny when I get this question because they usually are talking about gimbals, sliders or drones and, while those are all great tools, they are never what I end up recommending. 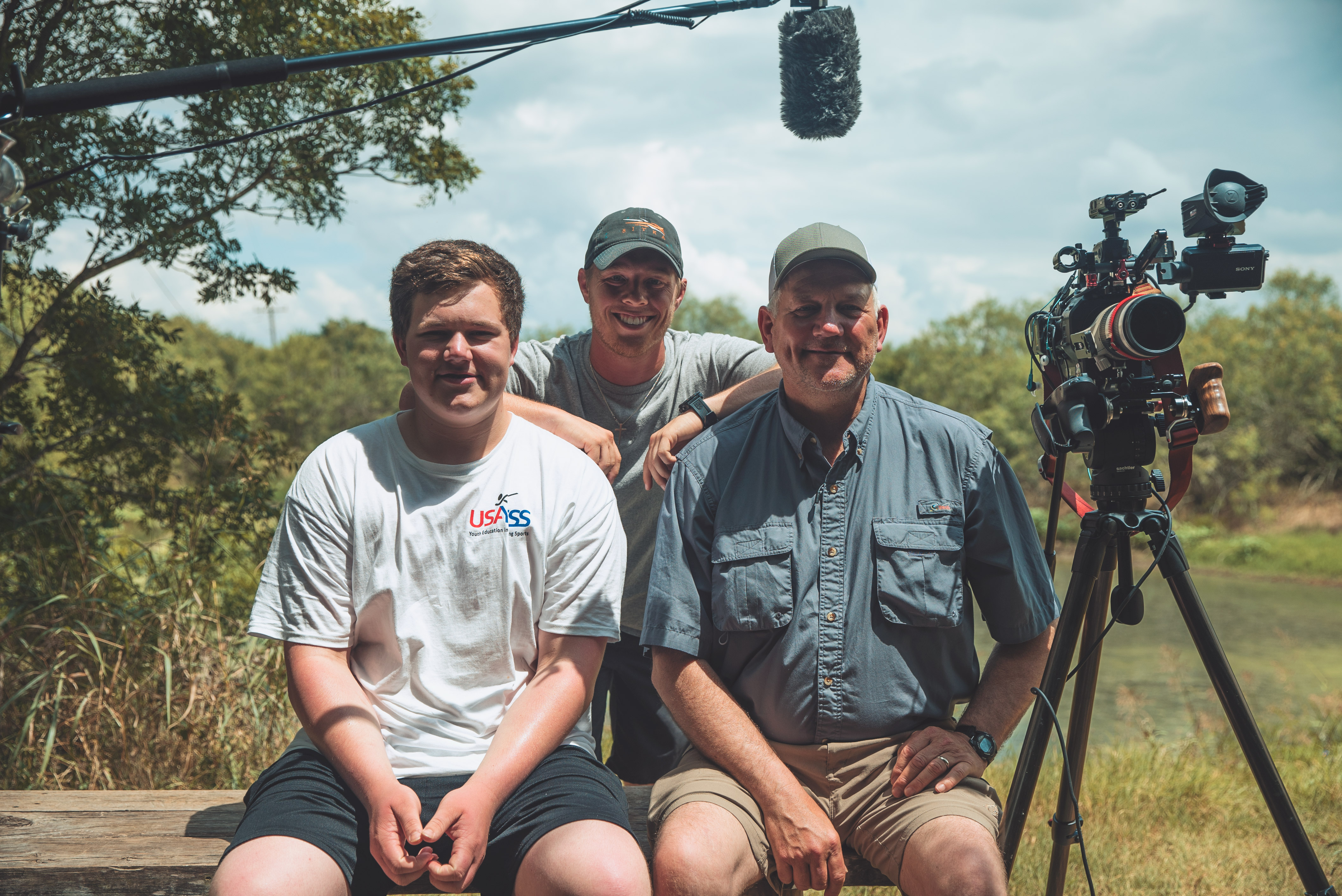 To me, I see a common problem in the outdoor industry with people who are just starting out with video production. In fact, I also see this problem with people who’ve been at it for a while. The problem is that they always want to have one of everything. They see that gimbals are popular, so they want one. They think about how cool aerial shots would be, so they put a drone in their cart. They watch an episode of Heartland Bowhunter (great show by the way) and conclude that their work won’t look good without a slider. And lastly, everyone seems to think a RED means Hollywood, so they feel they have to have one of those cameras as well. This all sounds great at first, but in practice this can get you into trouble. 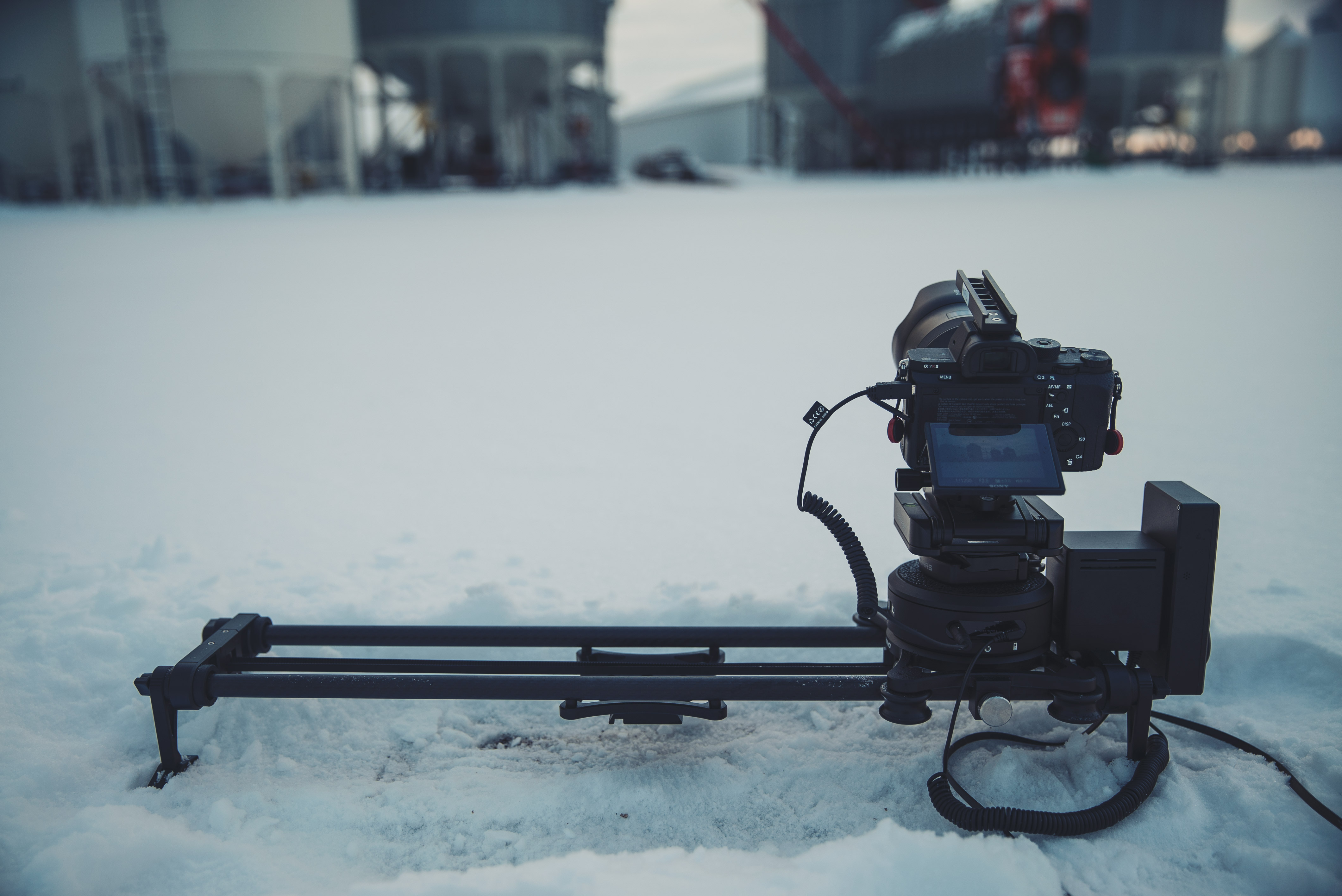 The issue I’ve found is that people tend to drop money on all the wrong things and cheap out on all the right ones. I’ve watched people spend 30K on a decked out RED, spend another 10K on a raw shooting quadcopter and then buy a DJI Ronin with accessories for an additional 3 grand. Those same people then spend $250 on a cheap Manfrotto tripod, buy only a shotgun mic and then totally forget about lights because hey, their RED has 16 stops of dynamic range, so who needs to light, right? 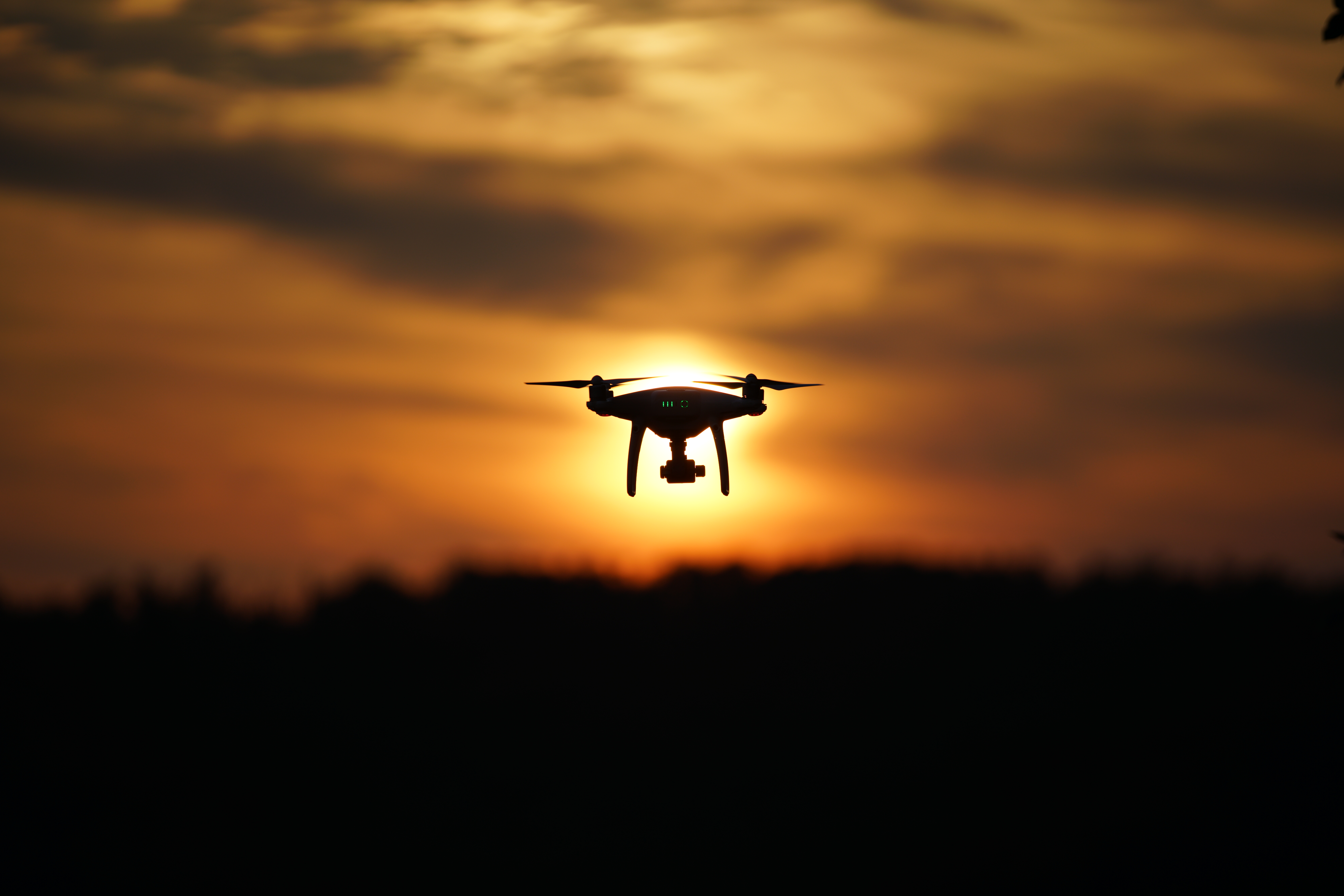 What’s the point of having all that gear if you are missing the most important pieces? It’s like building a house on quicksand; it won’t hold up. You need a solid foundation for filmmaking and that doesn’t start with a RED, a gimbal or an aerial shooting device. It starts with the four building blocks of video production.

First, you need to have a damn good tripod. I’m talking about a Miller, Sachtler, Oconnor, etc. There’s no point in filming with a RED if your tripod shots are going to be shaky. And if you’ve never used a good tripod before, I suggest you try one because you really won’t understand the difference until you’ve experienced it. A tripod should be the first thing you invest in. 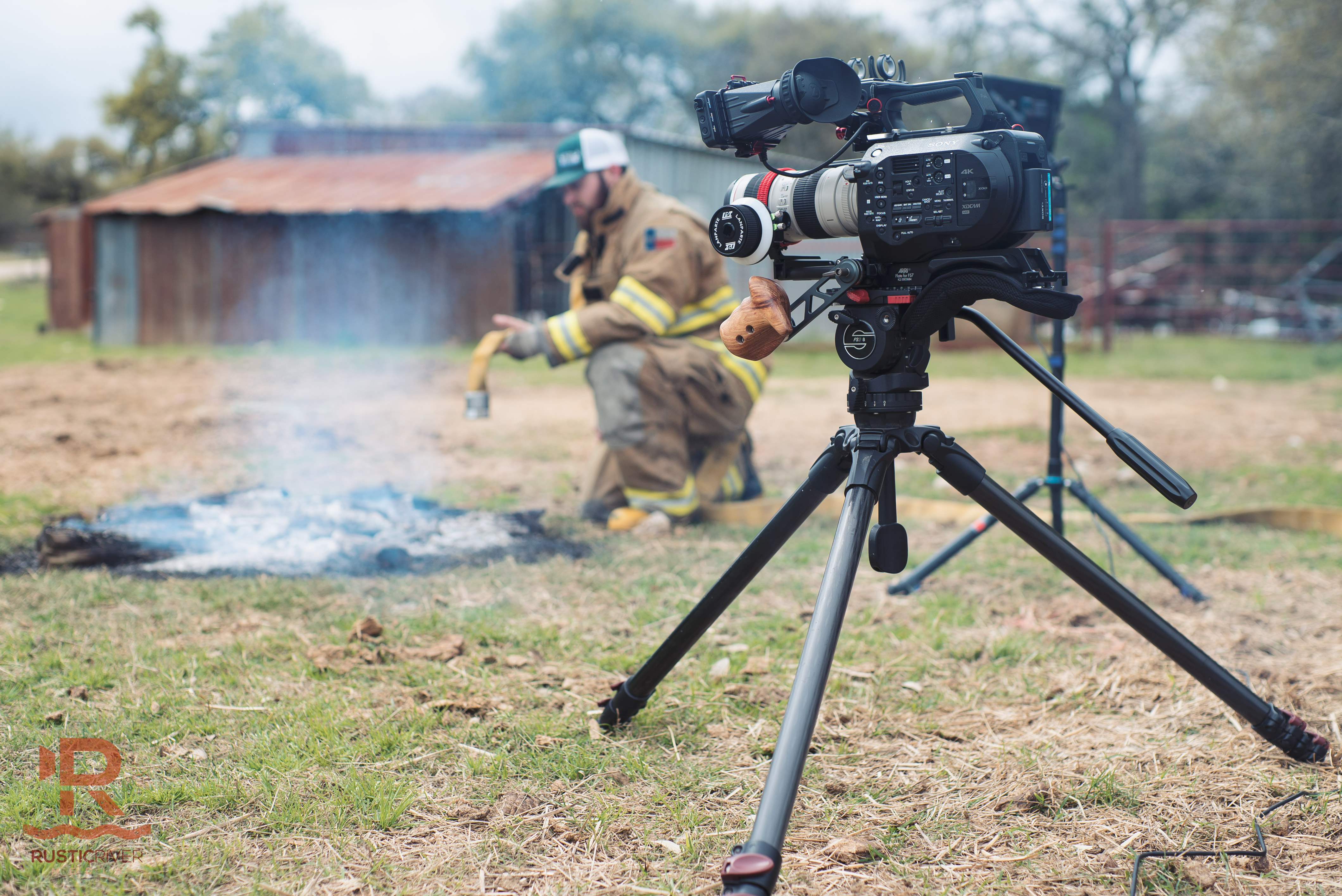 Second, great filmmakers always have fantastic audio gear. An experienced videographer will tell you that you need several types of mics because you need the right ones for different situations. I myself have several sets of wireless mics, a couple of great shotgun mics (short and long), a fantastic stereo mic and more. This is because one mic simply cannot do it all. Just because it “can” capture sound doesn’t mean it’s the right tool for the job. Remember, audio is more important than your visuals. Your audience will excuse bad video, but they won’t excuse bad audio. Your overall sound design should be taken seriously, which is why you should take the time to invest in good mics. 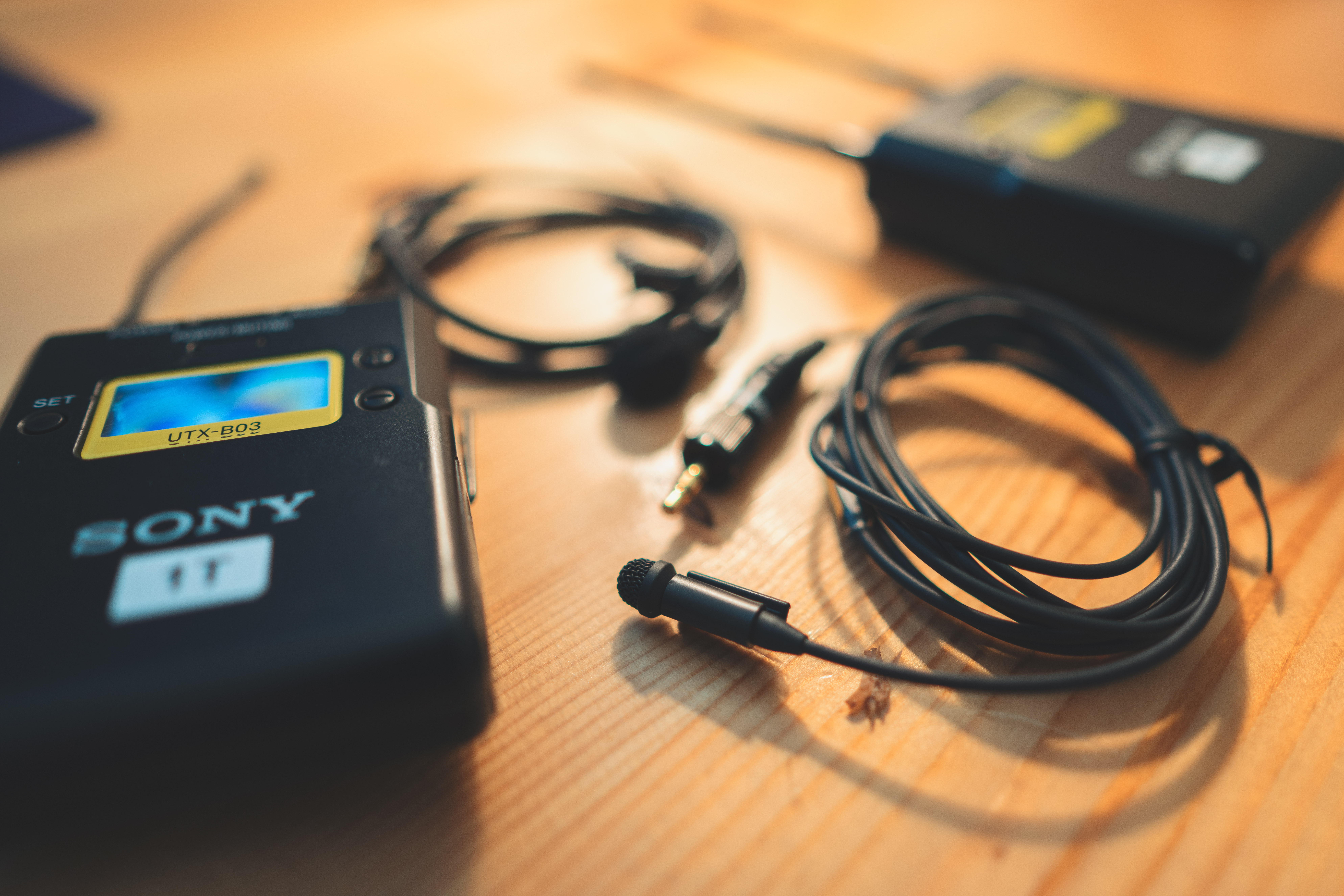 The third building block for video is quality lights. Ever since the Sony A7S (gen 1) came out, people, especially in the hunting industry, seem to have forgotten about lights. Just because your camera shoots clean shots at high ISO’s doesn’t mean lights aren’t important. If you look at movie budgets for Hollywood, you’ll see that a lot of the money is spent on lighting. This is because lights are not just there for you to see in the dark, they’re there for you to create a look. How you light a shot single handedly affects the video more than anything else. Your camera may have 16 stops of dynamic range, but that won’t make it “filmic”, as everyone likes to say. Lights will. 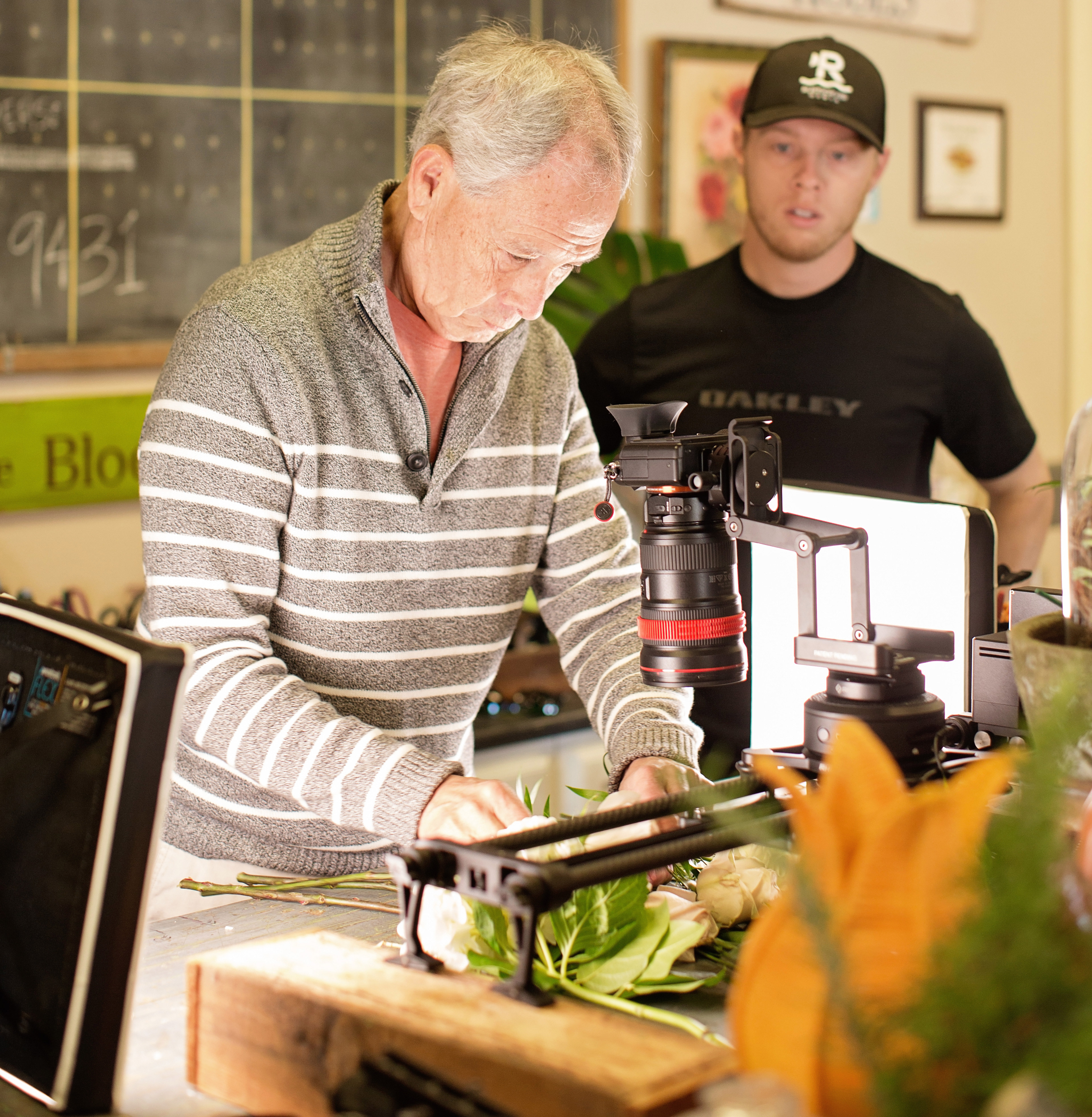 The fourth building block for video is lenses. Having quality lenses goes a long way. If you are shooting on a great camera, like the Sony A7SII, and you pair it with bad glass, your shots won’t look good. You’ll experience soft images, distorted corners, perhaps some vignetting and, my most hated quality, ugly lens flares. That 18-200mm lens may have a great range and a low price, but that doesn’t mean it’s a good lens for your camera. You’re far better off investing your money in good lenses that will last than ugly lenses that will drag your image quality down. Oh, and don’t forget high quality ND’s. You’ll need these to accompany your lenses, so make them a priority. Don’t go cheap with ND filters either because it is pointless to drop a couple grand on a good lens just to throw a cheap glass (or dare I say plastic) filter on it. 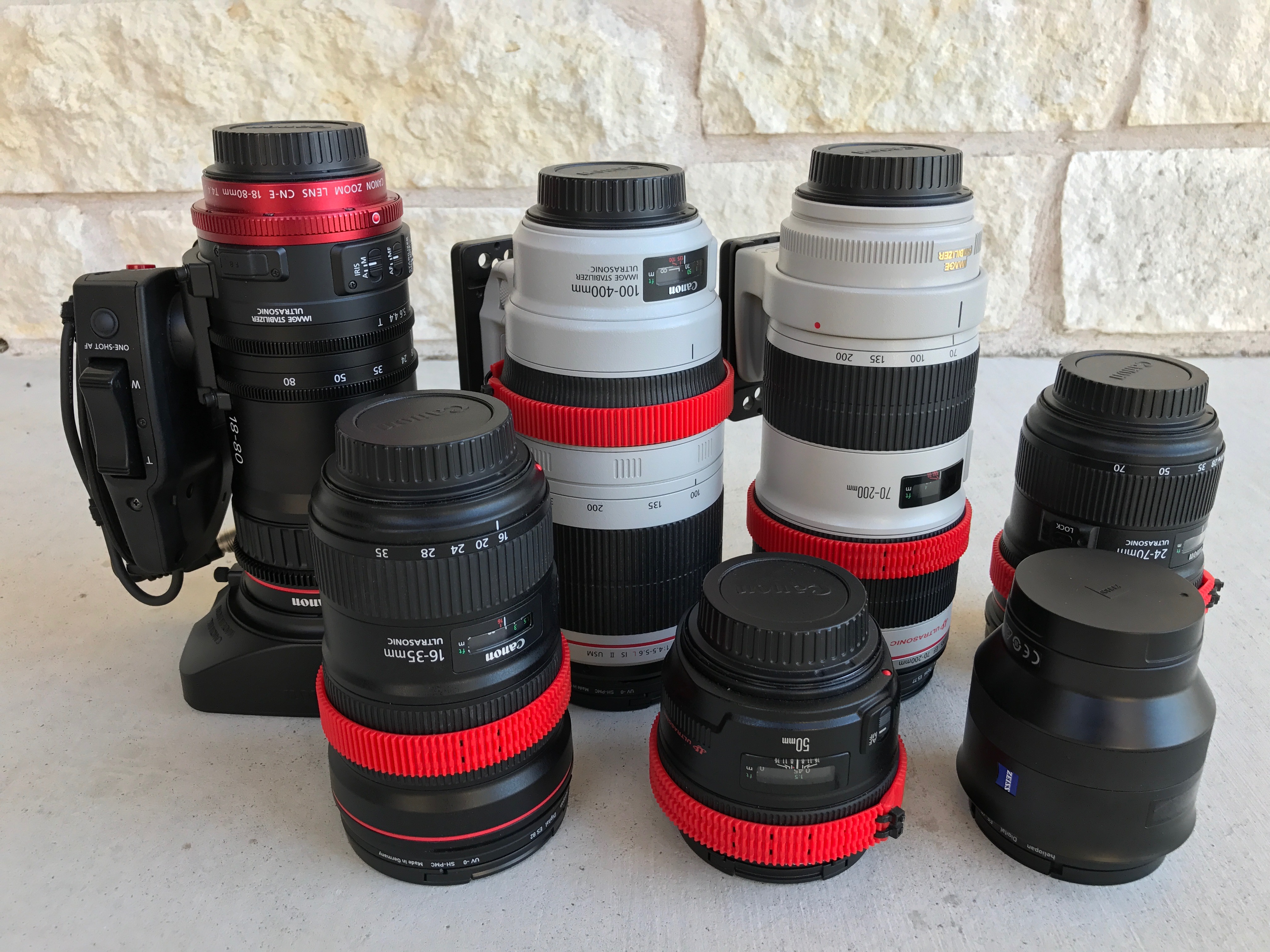 So what does all this have to do with being a minimalist filmmaker? In January I traveled to Pakistan with my friend Mike Axelrad to produce a documentary film about hunting in that part of Southeast Asia. When we traveled there, I left my FS7, my jib, my MōVI gimbal, my motorized slider and even my drone behind. All I took was two tripods, a few lenses, my two Sony mirrorless cameras and some great audio gear. I did take lights with me, but for this project I elected to go with natural light since we were constantly on the move. 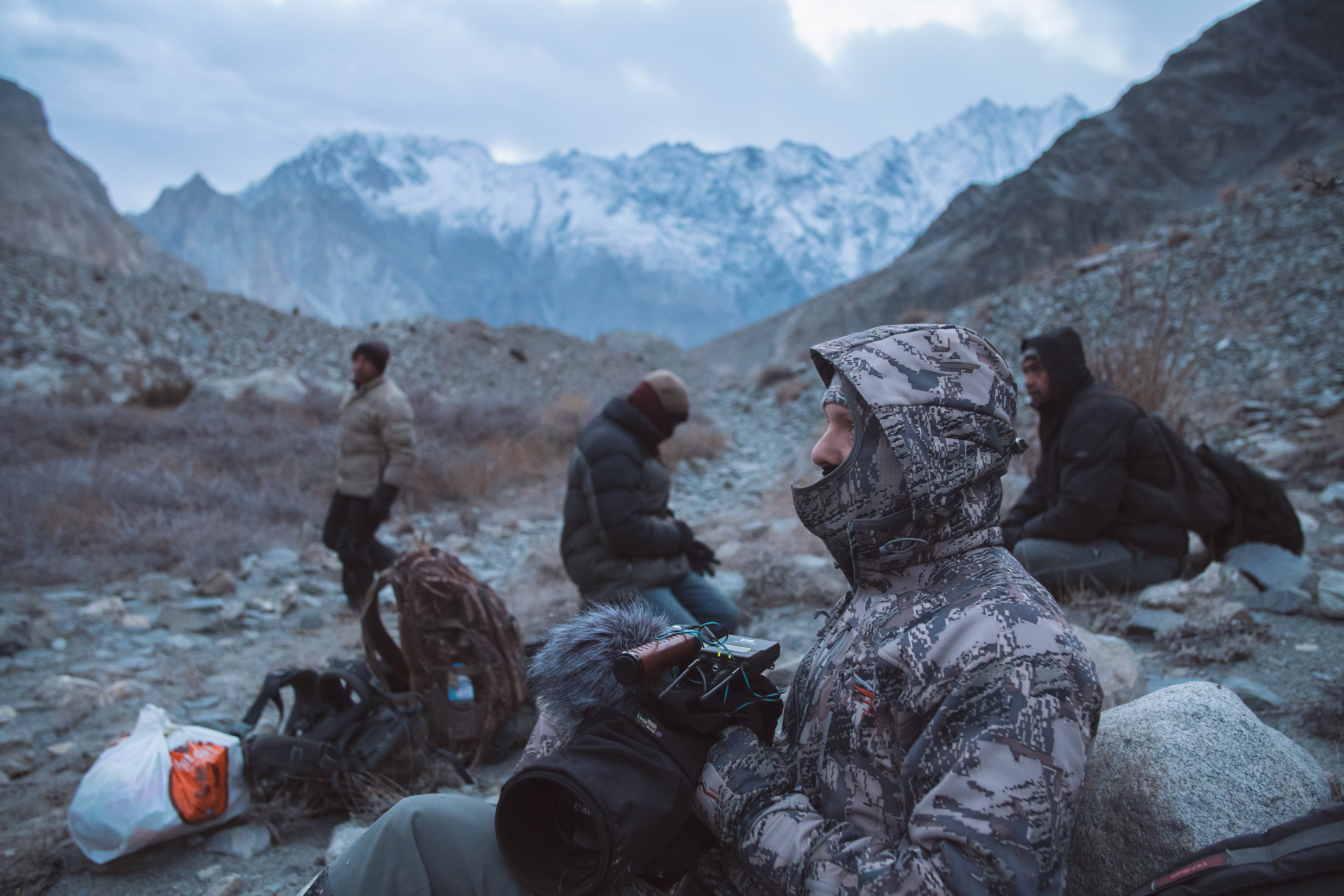 What I found in this experience was that I was able to focus much more on the story than I would have if I were to have brought all of my gear. Instead of trying to determine what drone shots to get or when to use my gimbal, I just simply focused on capturing content and telling a great story. This opened up my creativity and forced me to learn to do more with less. The result was one of my best projects to date and I couldn’t have been happier with the outcome. 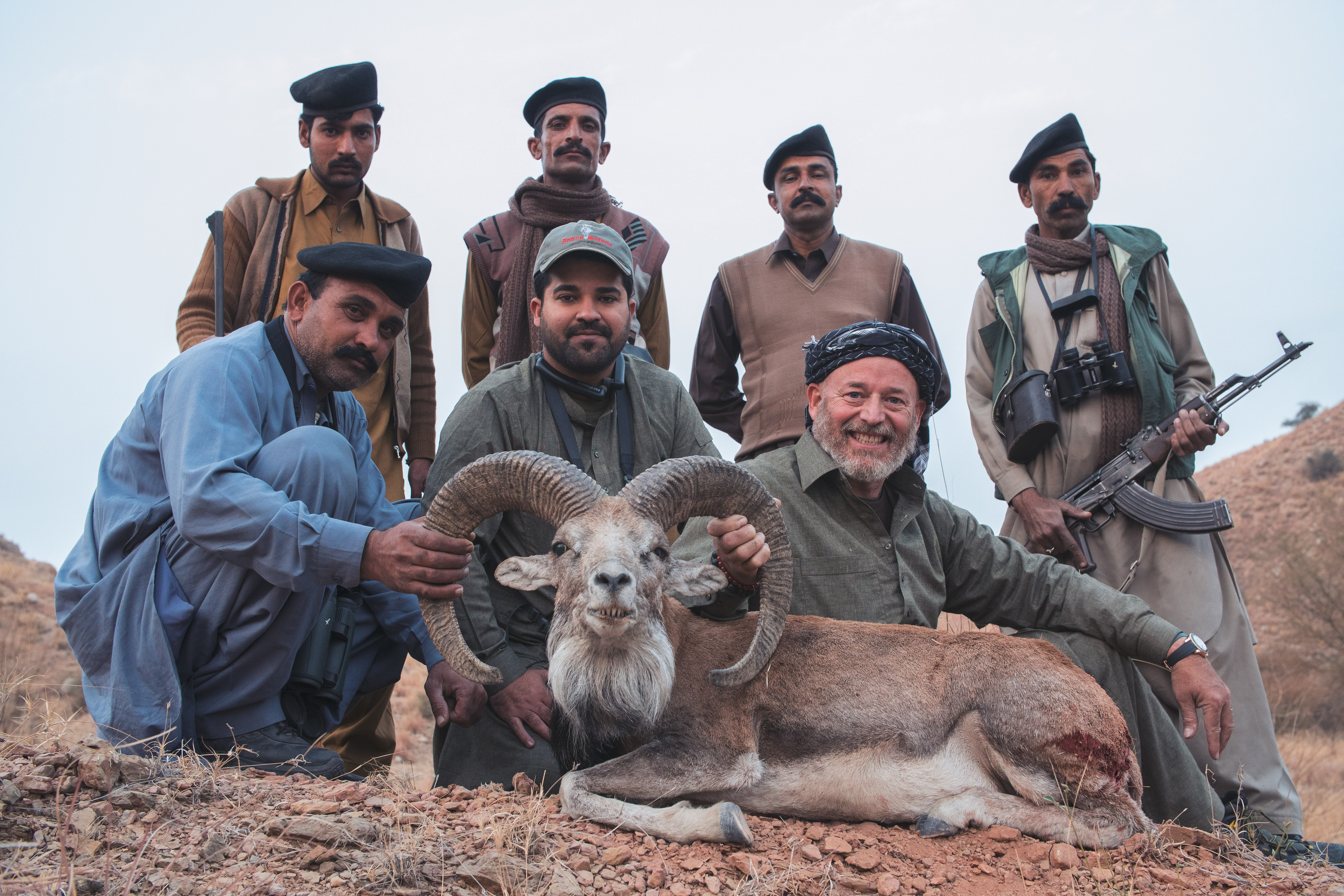 What made my story good was how I told it, not the fancy gear I used. I had the four building blocks of video and that was all I needed. Anything else would’ve been a distraction. It freed me up to pay attention to capturing all the right shots; shots of locals, shot of villages, shots of animal life and our unique surroundings. I’ve found over the years that if you’re spending more time trying to squeeze in a gimbal shot and less time focusing on how to tell your story, your end result will often be less than adequate. If you do the opposite, you might create your best film yet. 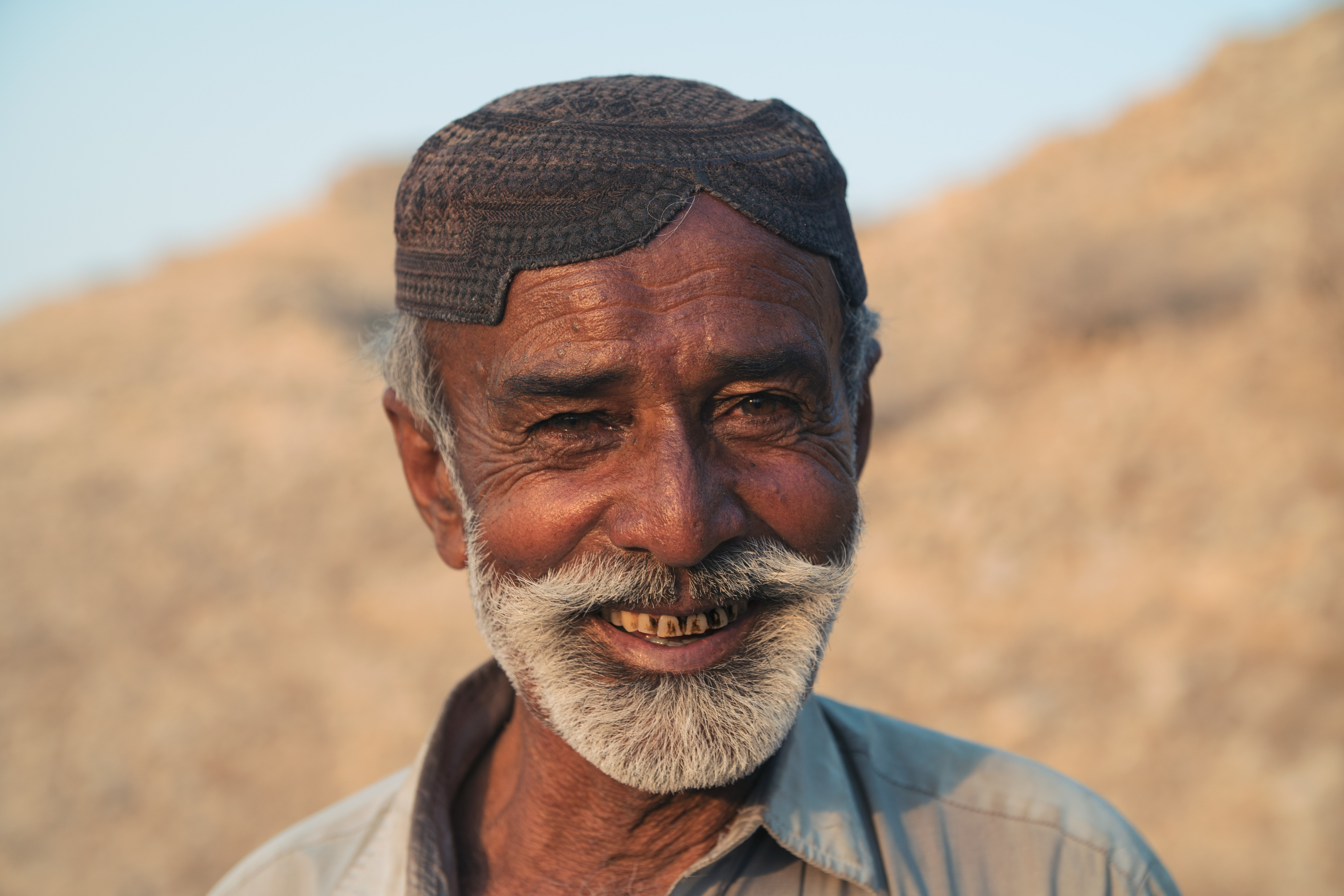 A local guide who helped us locate a mature Sindh ibex near Karachi, Pakistan

It should also be noted that many people who buy loads of gear often don’t bother to take the time to learn how to use it. When I watch videos from people who just picked up their first gimbal, 9 times out of 10 it’s obvious that they haven’t learned how to balance it. Having these tools doesn’t automatically make your shots good; knowing how to use them does. Heck, I had my MōVI M5 gimbal for over a year before I ever took it on a paid gig because I wanted to make sure I first knew how to use it. I did the same thing with my Phantom 4 Pro and even with my motorized Rhino slider. There was absolutely no point in bringing them until I was comfortable with them because only then would they contribute to my production. 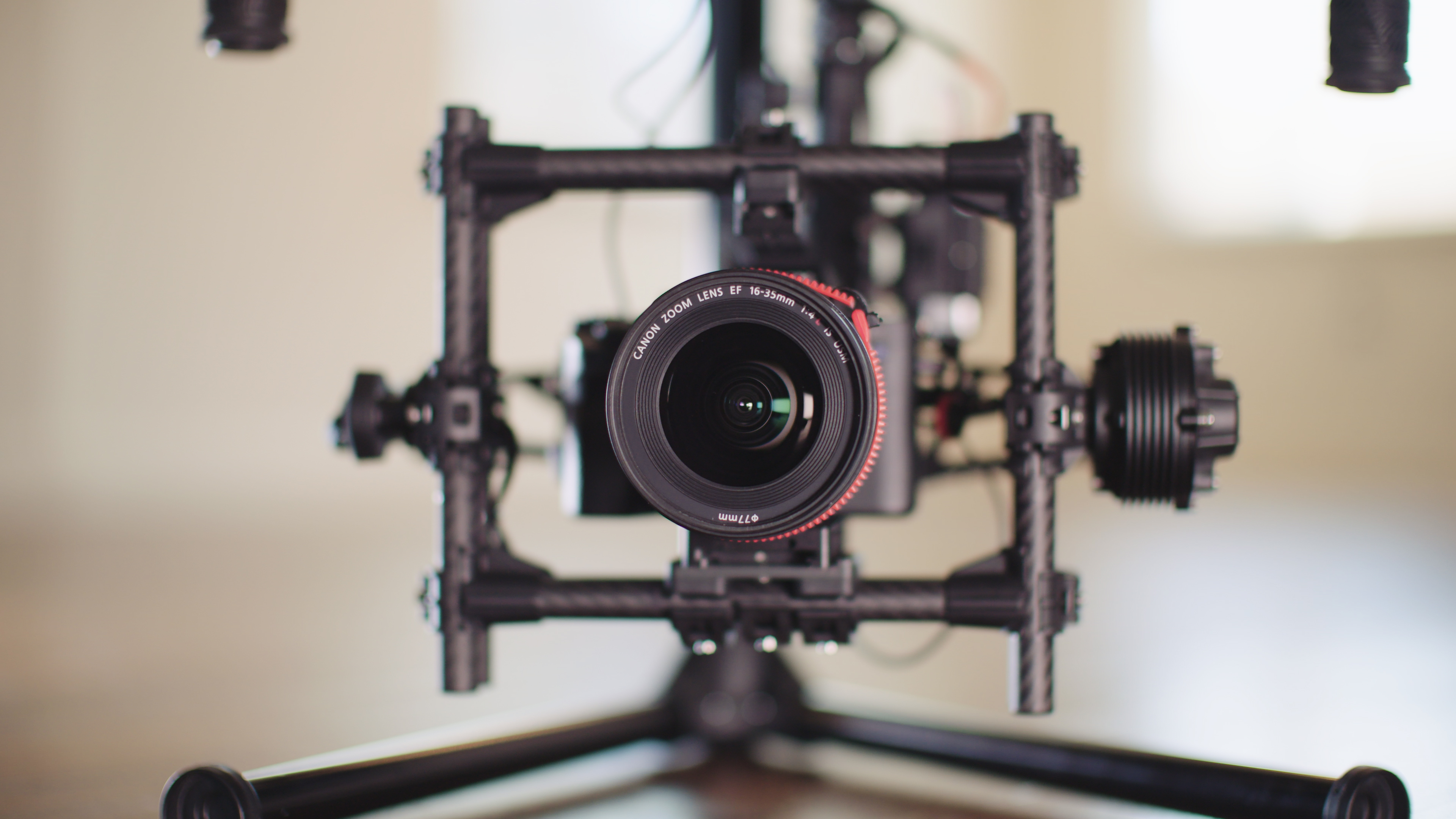 So to those reading this blog, I want to encourage you to learn to do more with less. Don’t worry if you don’t have a drone or a gimbal. Instead, spend your time learning how to be the best with what you do have and focus on trying to tell a good story. Get comfortable with your cameras and learn how to color your images. Take the time to create a quality audio design and spend the money you do have on the building blocks of video production. 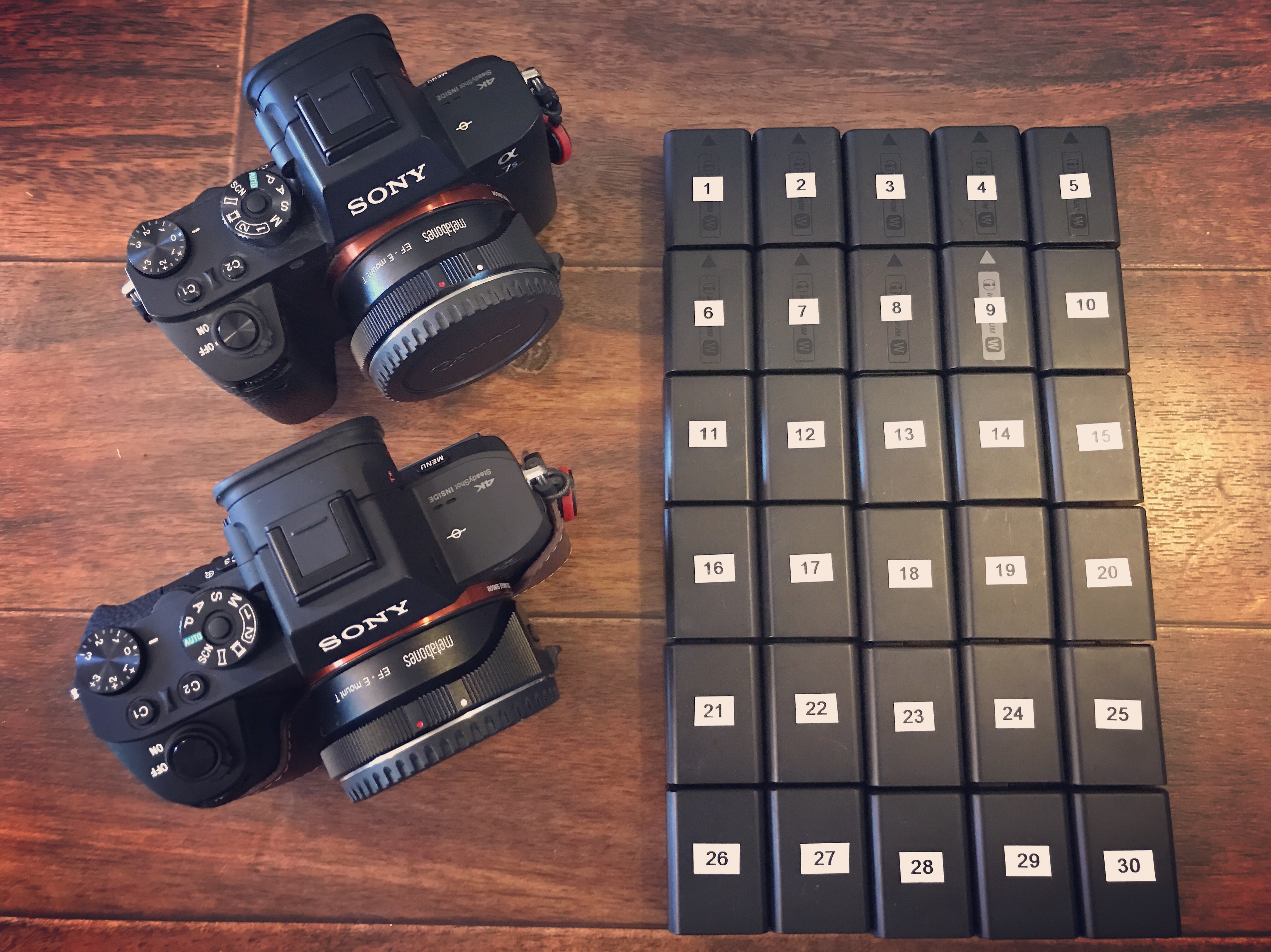 Just remember, a camera is only as good as its optics, lights are what makes your project “filmic”, and motion devices are only there to help you tell your story, not to be the focal point. If you take this advice and invest in the building blocks first, then you will likely create far better stories being a minimalist filmmaker than the guy with all the fancy gadgets. Learn to do more with less and once you’ve accomplished this, then you’ll be ready to start building your arsenal. Thanks for reading and good luck! 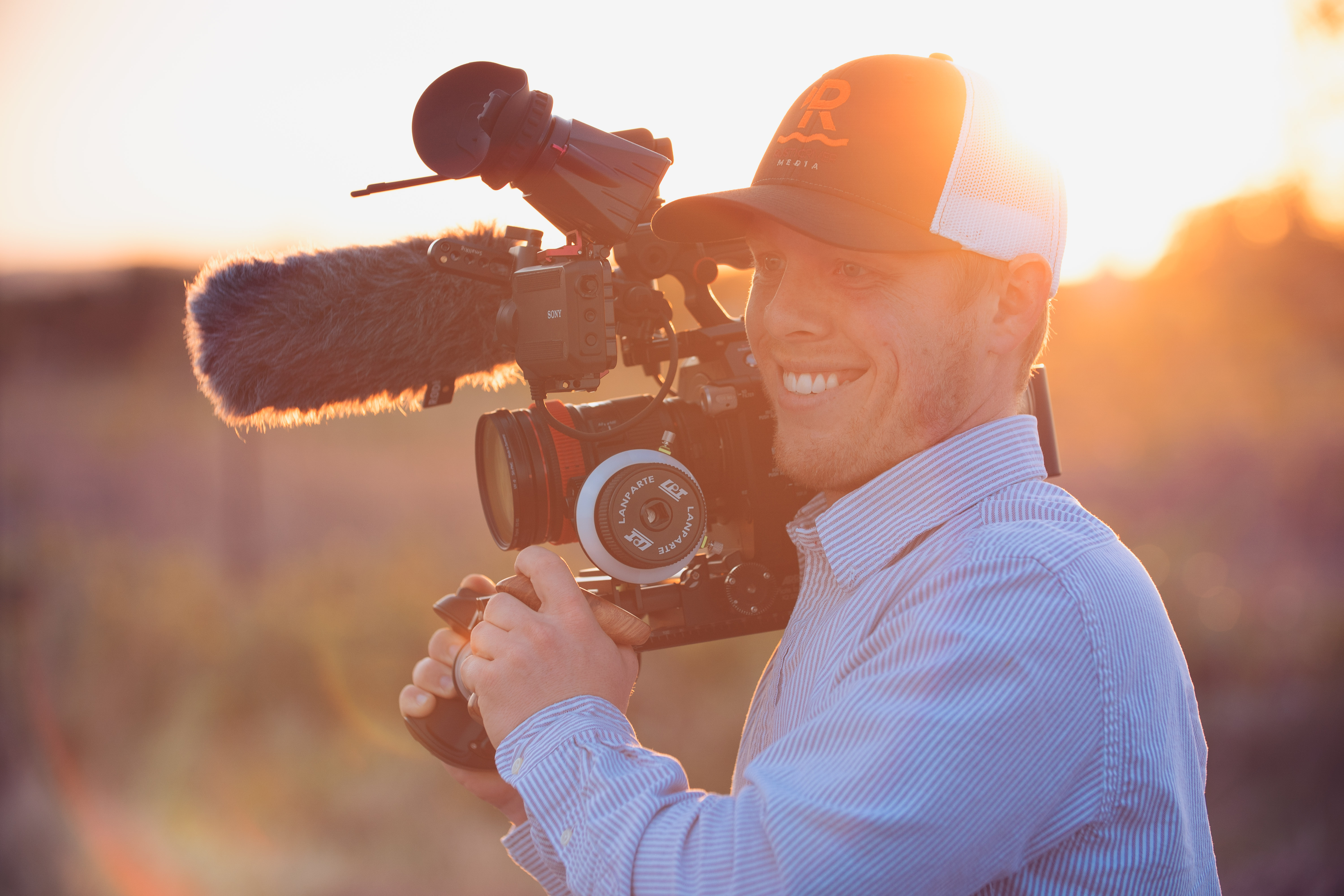